Michael was born Feb. 3, 1966, in Fort Worth. He attended Brewer High School and lived in White Settlement all his life. He had a multitude of friends and was always there to lend a helping hand. He loved working on his home and tinkering with anything mechanical. He was preceded in death by his father, Johnny M. Harmon, and brother, Tony Wade Harmon. Survivors: Mother, Sandra Harmon; and a host of family and friends.

Wayne was born Feb. 2, 1934, in Crossville, Ala. Wayne served his country in the United States Air Force. He worked many years in the aircraft industry as a photographer. Wayne was very civic minded as he also served as former president of the White Settlement Little League in addition to his several terms as mayor. Wayne was also employed for 45 years with General Dynamics, now Lockheed Martin. Wayne and his wife, Sue, were members of the First Baptist Church of White Settlement. Survivors: Wife of 60 years, Sue Burt; sons, Garry Burt and Charlie Burt; daughter, Lisa Autry and husband, Mickey; seven grandchildren; eight great-grandchildren; sister, Mabel Moore; numerous nieces and nephews; and a host of close friends.

Tom Wilcox, 63, of Fort Worth, Texas—much-loved husband, father, grandfather, son, brother, and friend—passed away peacefully at his home October 23, 2012, with his family by his side. Tom bravely confronted and fought cancer resulting from chemical exposure in Vietnam. He was born September 29, 1949, in Bemidji, Minnesota, and resided in Fort Worth, Texas, for the past 20+ years.

Tom was a man who lived life on life’s terms with God’s strength and wisdom. Respected and admired for his great love of his country and family, he was an inspiration to us all. Giving one’s life for your country is the highest act of patriotism possible, and Tom was a true patriot. His bravery and valor are evident.

He was a caring and compassionate person as well. Clearly, he was a brave soul—even in his passing—for during his final moments, his concerns were for his loved ones. Tom was a giver, lover, father, friend, and will be deeply missed.

Ultimately, Tom died defending freedom for the country he loved so dearly. He was proud of his involvement in AA since 1976.  Tom loved golf and his golfing friends. He was an avid fisherman and the ultimate Boy Scout, always prepared and making sure everyone else was prepared and had what was needed. He will always be remembered for his wonderful sense of humor.

“He fought a good fight, he kept the faith, and he won the race!”

Jane Klecan, 91, passed away Saturday, January 26. She was the owner of La Plaza Apartments in White Settlement.  Mrs.Klecan is survived by 8 children and 12 grandchildren. She was loved by all who knew her.

Sherry Kersh Kite, 54, passed away Sunday, January 20, 2013 after a tough battle with cancer. Sherry was born in Weatherford and moved to White Settlement when she was 3 . She loved the outdoors and family and friends.  Survivors include: Husband Robert Kite, daughter Brandy Gonzales and husband John, mother Doylene Ricketts, brothers Mike Kersh and wife Marisa, Monte Kersh and wife Sissie, Pat Kersh and wife Phyllis, stepbrothers Steve Ricketts and wife Vonda, Greg Ricketts and wife Barbara, Dennis Ricketts and wife Connie. The family asks that in lieu of flowers donations be made to the Sherry Kersh Kite memorial fund at Omini American Bank. Memorial service at West Freeway Church of Christ, 8000 Western Hills Blvd in W.S. TX 76108, on Saturday, Feb. 2 at 1:00 p.m.

Animal of the day 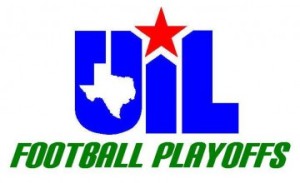